The story of Danish painter Einar Wegener, one of the first recipients of gender reassignment surgery.

70-year-old widower Ben Whittaker has discovered that retirement isn't all it's cracked up to be. Seizing an opportunity to get back in the game, he becomes a senior intern at an online fashion site, founded and run by Jules Ostin.

Yale University, 1961. Stanley Milgram designs a psychology experiment that still resonates to this day, in which people think they’re delivering painful electric shocks to an affable stranger strapped into a chair in another room. Despite his pleads for mercy, the majority of subjects don’t stop the experiment, administering what they think is a near-fatal electric shock, simply because they’ve been told to do so. With Nazi Adolf Eichmann’s trial airing in living rooms across America, Milgram strikes a nerve in popular culture and the scientific community with his exploration into people’s tendency to comply with authority. Celebrated in some circles, he is also accused of being a deceptive, manipulative monster, but his wife Sasha stands by him through it all. 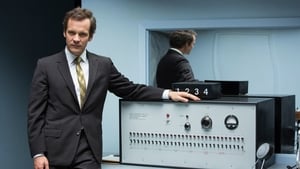 Dil Dhadakne Do is a story about a dysfunctional Punjabi family starring Anil Kapoor, Priyanka Chopra, Farhan Akhtar, Ranveer Singh, Anushka Sharma and Rahul Bose in a special appearance.On a cruise to celebrate their parents' 30th wedding anniversary, a brother and sister deal with the impact of family considerations on their romantic lives.

Adam Jones is a Chef who destroyed his career with drugs and diva behavior. He cleans up and returns to London, determined to redeem himself by spearheading a top restaurant that can gain three Michelin stars.

An American lawyer is recruited by the CIA during the Cold War to help rescue a pilot detained in the Soviet Union.

At the height of the Cold War, a mysterious criminal organization plans to use nuclear weapons and technology to upset the fragile balance of power between the United States and Soviet Union. CIA agent Napoleon Solo and KGB agent Illya Kuryakin are forced to put aside their hostilities and work together to stop the evildoers in their tracks. The duo's only lead is the daughter of a missing German scientist, whom they must find soon to prevent a global catastrophe. 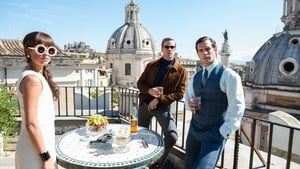 During a manned mission to Mars, Astronaut Mark Watney is presumed dead after a fierce storm and left behind by his crew. But Watney has survived and finds himself stranded and alone on the hostile planet. With only meager supplies, he must draw upon his ingenuity, wit and spirit to subsist and find a way to signal to Earth that he is alive.

A boxer fights his way to the top, only to find his life falling apart around him. 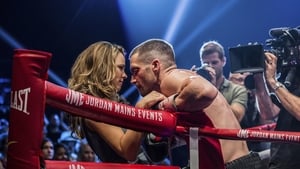 The Age of Adaline

After 29-year-old Adaline recovers from a nearly lethal accident, she inexplicably stops growing older. As the years stretch on and on, Adaline keeps her secret to herself -- till she meets a man who changes her life.

The Boat That Rocked

The Boat that Rocked is an ensemble comedy, where the romance is between the young people of the 60s, and pop music. It's about a band of DJs that captivate Britain, playing the music that defines a generation and standing up to a government that, incomprehensibly, prefers jazz.

A stranger in the city asks questions no one has asked before. Known only by his initials, P.K.'s innocent questions and childlike curiosity will take him on a journey of love, laughter and letting-go.