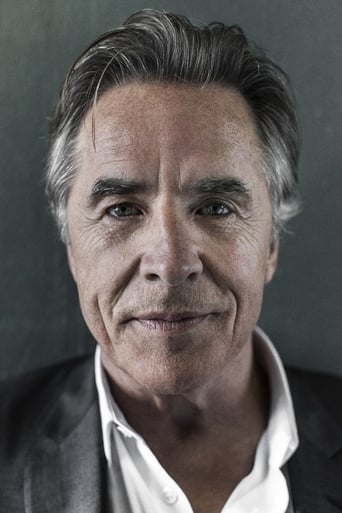 From Wikipedia, the free encyclopedia Donnie Wayne "Don" Johnson (born December 15, 1949) is an American actor known for his work in television and film. He played the lead role of Sonny Crockett in the 1980s TV cop series, Miami Vice, which led him to huge success. He also played the lead role in the 1990s cop series, Nash Bridges. More recently, Johnson played Kenny Powers' father on the HBO series, Eastbound and Down. Johnson is a Golden Globe winning actor for his role in Miami Vice, a winner of the APBA Offshore World Cup, and has received a star on the Hollywood Walk of Fame. He is also a singer, songwriter, producer, and director. The Donzie speedboat is not named after him as previously noted, it was named after the boats designer Don Aronow . It was thought to be named after him due to his time on the TV show, Miami Vice. The Don Johnson is also a Miami Vice themed drink made from vodka, gin, curaçao, and orange juice. Description above from the Wikipedia article Don Johnson, licensed under CC-BY-SA, full list of contributors on Wikipedia.