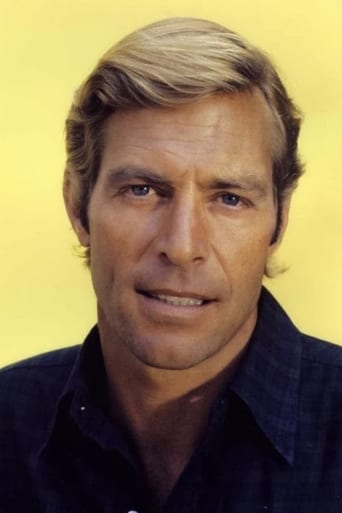 From Wikipedia, the free encyclopedia. James Grover Franciscus (January 31, 1934 – July 8, 1991) was an American actor. He was born in Clayton, Missouri. His first major role was as Detective Jim Halloran in the half-hour version of ABC's The Naked City television series. Franciscus was thereafter the lead star in the 13-week series The Investigators, which aired on CBS from October 5 to December 28, 1961. He played the insurance investigator Russ Andrews, with James Philbrook as a co-star. Franciscus also appeared in the role of Tom Grover in the 1961 episode "The Empty Heart" of CBS anthology series The DuPont Show with June Allyson. He performed in many feature films and television programs throughout the 1960s and 1970s, including a minor role in an episode of The Twilight Zone titled Judgment Night in 1959. In 1963, he appeared as Mike Norris in the episode "Hang By One Hand" on the NBC medical drama about psychiatry, The Eleventh Hour, Combat! and Miracle of the White Stallions. Franciscus may be best-remembered for his title roles in two television series, NBC's Mr. Novak (1963–65) and ABC's Longstreet (1971–72), and for his vocal performance in the big-screen version of Jonathan Livingston Seagull (1973). In 1976, he starred in the TV series, Hunter, a series about espionage in which he played a secret agent. He was also frequently seen in feature films of the 1960s and 1970s such as Snow Treasure, The Amazing Dobermans, Marooned, Beneath the Planet of the Apes, City on Fire, When Time Ran Out and The Valley of Gwangi. Over the years, Franciscus found film work with Italian cinema. In 1971 he accepted the lead role in Dario Argento's second film, The Cat o' Nine Tails. 1979 saw him appear in Antonio Margheriti's Killer Fish, and in 1980 he starred in director Enzo G. Castellari's notorious Jaws rip-off, Great White. He continued appearing in roles on the screen and television. When less important roles were offered Franciscus turned to writing screenplays and producing. In 1991, the year of his death, he worked as an associate producer and screenwriter on the movie 29th Street starring Anthony LaPaglia and Danny Aiello; it was his final project. Description above from the Wikipedia article James Franciscus, licensed under CC-BY-SA, full list of contributors on Wikipedia.