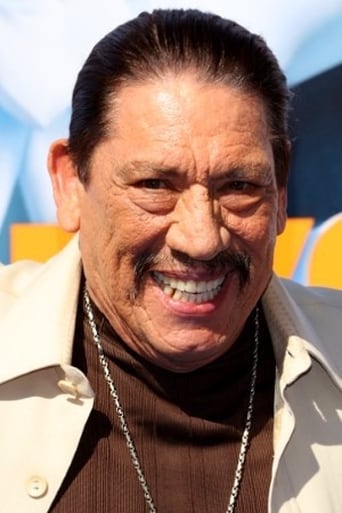 Dan "Danny" Trejo born May 16, 1944 - Height: 5' 7" (1,70 m)) is an American actor who has appeared in numerous Hollywood films, often as hypermasculine characters, villains and anti-heroes. Some of his notable films include Heat, Con Air, Machete and Desperado, the latter two with frequent collaborator Robert Rodriguez. Early life Dan Trejo was born in- the Echo Park neighborhood of Los Angeles, California. He is the son of Alice Rivera and Dan Trejo, a construction worker. He is of Alice Rivera and Dan Trejo, a construction worker. He is of Mexican descent. He is a second cousin of filmmaker Robert Rodriguez, though the two were unaware that they were related until the filming of Desperado. Throughout the 1960s, Trejo was in and out of jail and prison in California. There are conflicting accounts of his prison chronology. By one account, his final stint in custody ended in 1972; by another account, he did time in a juvenile offenders' camp and six California prisons between 1959 and 1969. He recalled that his last prison term was five years. While serving in San Quentin Prison, he became a champion boxer in lightweight and welterweight divisions within that prison.During this time, Trejo became a member of a twelve-step program, which he credits with his success in overcoming drug addiction. In 2011, he recalled that he had been sober for 42 years. Upon his final release he enrolled in Pitzer College located in Claremont, California but subsequently left after one semester of attendance. Personal life Trejo is married to Debbie Shreve. He has four children: Danny Boy (b. 1981), Gilbert (b. 1988), Danielle (b. 1990), Jose (b. 1991) who are all from previous relationships. He also has a daughter Esmeralda M. Trejo who is married and has three children in Austin, Texas. Description above from the Wikipedia article Danny Trejo, licensed under CC-BY-SA, full list of contributors on Wikipedia.