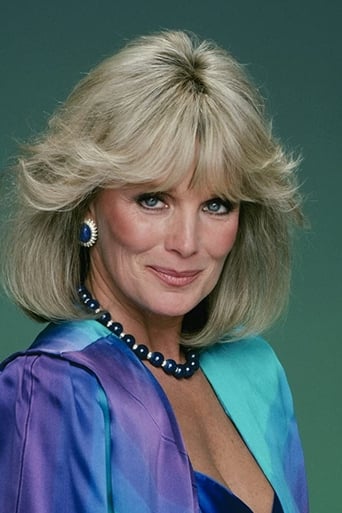 ​From Wikipedia, the free encyclopedia. Linda Evans  (born on November 18, 1942) is an American actress known primarily for her roles on television. She rose to fame playing Victoria Barkley's (played by Barbara Stanwyck) daughter, Audra Barkley, in the 1960s Western TV series, The Big Valley (1965–1969). Her most prominent role was that of long-suffering heroine Krystle Carrington, the wife of Blake Carrington (played by John Forsythe), in the 1980s ABC prime time television soap opera Dynasty, a role she played from 1981 to 1989. Description above from the Wikipedia article Linda Evans, licensed under CC-BY-SA, full list of contributors on Wikipedia