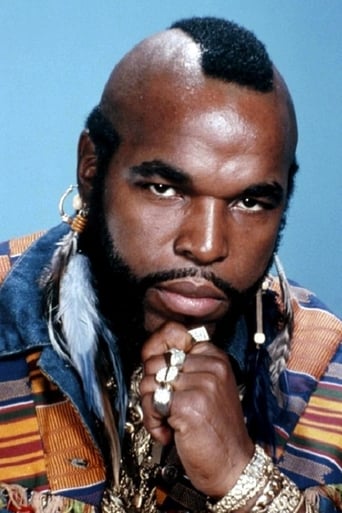 From Wikipedia, the free encyclopedia. Mr. T (born Laurence Tureaud May 21, 1952) is an American actor known for his roles as B. A. Baracus in the 1980s television series The A-Team, as boxer Clubber Lang in the 1982 film Rocky III, and for his appearances as a professional wrestler. Mr. T is known for his trademark African Mandinka warrior hairstyle, his gold jewelry, and his tough-guy image. In 2006 he starred in the reality show I Pity the Fool, shown on TV Land, the title of which comes from his catchphrase from the film Rocky III. Description above from the Wikipedia article Mr. T, licensed under CC-BY-SA, full list of contributors on Wikipedia.​