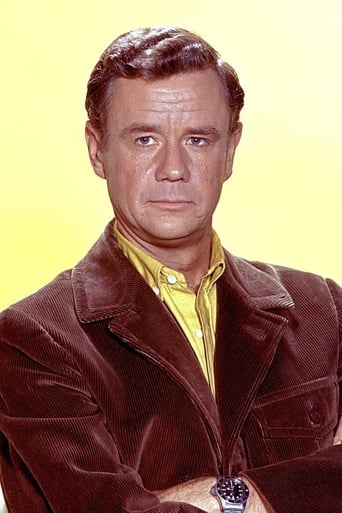 ​From Wikipedia, the free encyclopedia.   Marshall Thompson (November 27, 1925 – May 18, 1992) was an American film and television actor. He was born James Marshall Thompson in Peoria, Illinois. In 1943 Thompson, known for his boy-next-door good looks, was signed by Universal Pictures. He played quiet, thoughtful teens in Universal's feature films, including a lead opposite singing star Gloria Jean in Reckless Age, earning $350 weekly. During 1946 Universal discharged most of its contract players; that same year Thompson moved to MGM and his film roles steadily increased and improved. Thompson became a freelance actor in the 1950s and worked for various studios on a variety of pictures, including a number of horror and science-fiction features; this included the role of Carruthers in It! The Terror from Beyond Space (1958), one of the two feature films that would later inspire the plot for director Ridley Scott's 1979 big budget feature film Alien. Thompson also starred as Mel Hunter in the syndicated science fiction TV series World of Giants, about a man who has been miniaturized and must live in a dollhouse. By the 1960s, Thompson's boyish looks had matured and his screen persona became more authoritative. He co-starred with Annie Fargé in the 33-episode CBS sitcom Angel (1960–1961) about an American architect with a charming but scatterbrained French wife, who often got into zany, Lucy Ricardo-esque situations, caused in part by her lack of English; the show was canceled after 33 episodes due to low ratings, despite critical acclaim for French-born newcomer Annie Fargé. In the mid-1960s Thompson starred in CBS's Daktari, a television series about a veterinarian in Africa; the series was based on Thompson's 1965 feature film Clarence, the Cross-Eyed Lion. Later in his career, he appeared in many television episodes and in feature films such as The Turning Point (1977) and The Formula(1980). Thompson was a brother-in-law of actor Richard Long, best known for his role as Jarrod Barkley in ABC's The Big Valley. Thompson's wife, Barbara, was Long's sister. Marshall Thompson died from congestive heart failure at the age of sixty-six in Royal Oak, Michigan. Description above from the Wikipedia article  Marshall Thompson , licensed under CC-BY-SA, full list of contributors on Wikipedia.